In collaboration with: Shanghai Museum of Glass

The artist considers the exhibition to be a site-specific project exploring four key concepts: ‘individual consciousness’, ‘collective consciousness’, ‘public consciousness’, and ‘ultimate consciousness’. Each concept corresponds to a floor in the museum, from the second floor up to the sixth floor, as visitors embark on a sensorial journey of ‘consciousness’. The exhibition comprises a body of work representative of her practice over twenty years, together with several large-scale, interactive installations, which the artist has created recently in 2017, and have never been shown before to the public. Material of archival significance will also be exhibited at the same time.

Since the early 1990s, as one of the first female Chinese artists tackling installation and video production, Lin Tianmiao has continuously explored various media throughout her practice. Using materials that evoke the traces and symbolism of feminine life such as cotton, thread, silk, fabric, and needles— she works on these materials by wrapping these everyday objects and covering them, thereby revealing her interest and reflection on everyday life and traditional handicrafts. With a unique imagination and perspective, she has proceeded to develop a distinctive, sensitive, and intricate deeply personal style. From early works such as Day-Dreamer, High !!! and Loss and Gain, visitors can become aware of the value the artist places on material and method, as well as an artistic practice filled with a tactile deftness and vitality. In 2017, after a twenty year practice, she made a break from the traditional media she became associated with, instead choosing to use glass—a man-made material widely used in modern life—in order to take on challenges never attempted before. Lin Tianmiao began a collaboration with Shanghai Museum of Glass; starting from the initial stages of grasping the peculiarities of glass, to investigating artisanal techniques, and then dealing with scientific issues such as ‘mechanical motion’ as a way to experiment within her installations. She has sought to achieve a balance between art, science, and technology, by involving a richer and more multi-faceted method of exploration. Precisely due to these concurrent and frequent shifts in material, methodology, and visual language , visitors familiar with Lin Tianmiao’s work will gain a new perspective to experience her oeuvre.

Titled Systems, the concept originates from the system of the human body and draws from a range of modern critical and political theory, as well as from contemporary psychology. As consulting curator Alexandra Munroe describes, “Lin creates or poses ‘systems’ that examine, expose and reimagine the workings of the self in relation to shifting social and technological realities. These systems function on a physical as well as allegorical, even poetic, level. Throughout her immersive work in all media, the human body is her central concern.”

Lin Tianmiao, born in 1961 in Taiyuan, now lives and works in Beijing, China.

Lin Tianmiao studied in the Fine Art department of Capital Normal University, Beijing, in 1984, before then travelling to the US to live there in 1988. After graduating from the Art Students League in New York in 1989, she worked as a designer in New York for nearly seven years. In 1995, Lin Tianmiao returned to China from New York. Presenting The Temptation of St. Teresa, The Proliferation of Thread Winding, Pants, Trees, among others in an open studio, she thus laid out the important positions of her engagement in experimental art. It was also during this time, where she became known as one of the first Chinese female artists to gain international recognition. During the 1990s, when “apartment art” was a phenomenon in Beijing and Shanghai, Lin gained a great deal of experience. Lin’s early works are known for her practice of thread-binding where she binds the material—usually silk, hair, cotton, or felt—tightly around found or manufactured objects. Initially tasked by her mother to spool cotton as a young girl, Lin later reclaimed this act. Lin’s work can be regarded as a study into her own social role and the relationship between identity and social context, exploring questions related to female identity. In 1998, Lin and Wang Gongxin created the Loft Media Center. She had been responsible for everything, from infrastructure and interior decoration, to the design, supervision, equipment management, and its organization, etc. This laid the foundation for the hosting of hundreds of cultural events in the future. In 2012, the Asia Society Museum in New York presented Bound Unbound, the artist’s first major solo museum exhibition in the US.

She has participated in the Istanbul Biennale, Turkey (1997); Shanghai Biennale, China (2002); Ireland Biennale (2002); Gwangju Biennale, South Korea (2002, 2004); and the Setouchi Triennale, Japan (2016). In 2015, Lin had a solo show as a departure away from themes connected to feminity entitled “1.62M” which was held in HOW Art Museum. In recent years, Lin has departed from her initial concerns of feminism to openly work with large-scale installation, sculpture, photography, video and various other media practices. 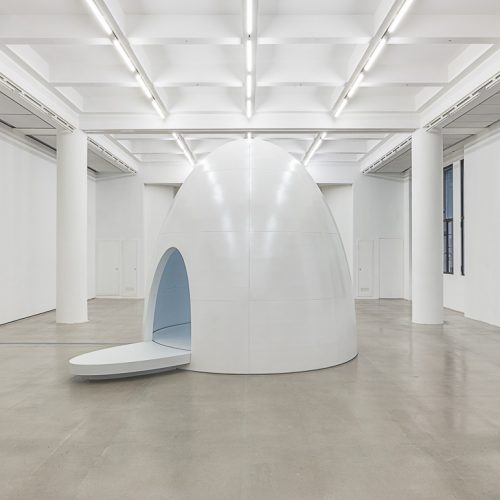 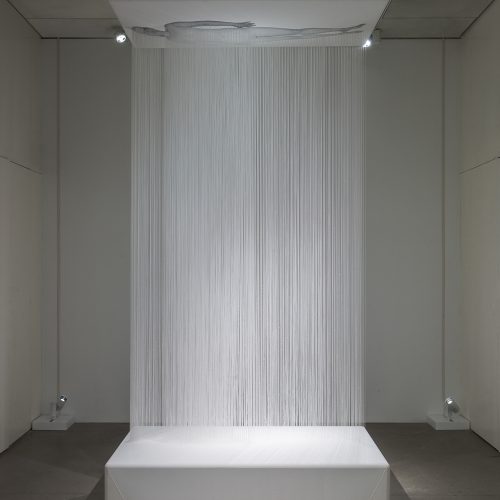 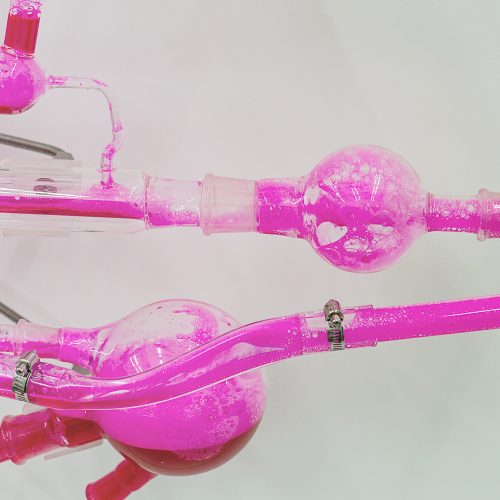 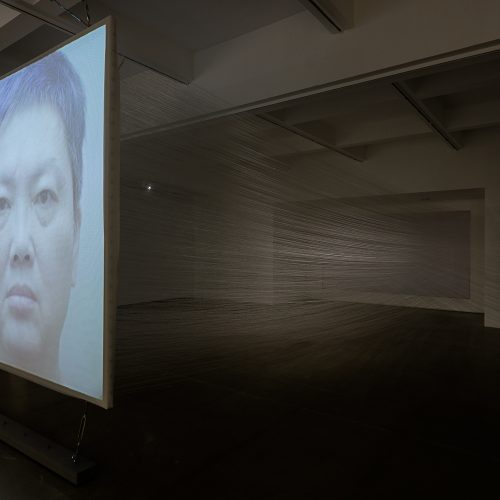 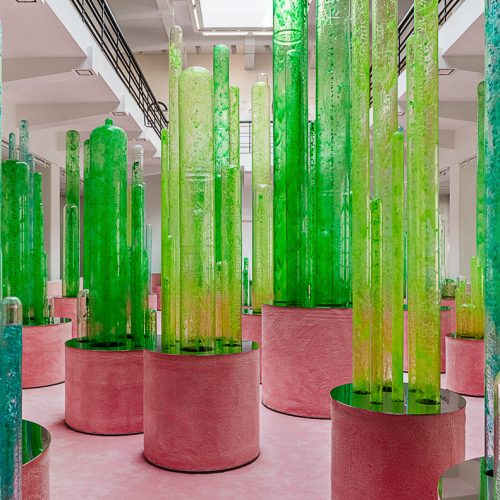 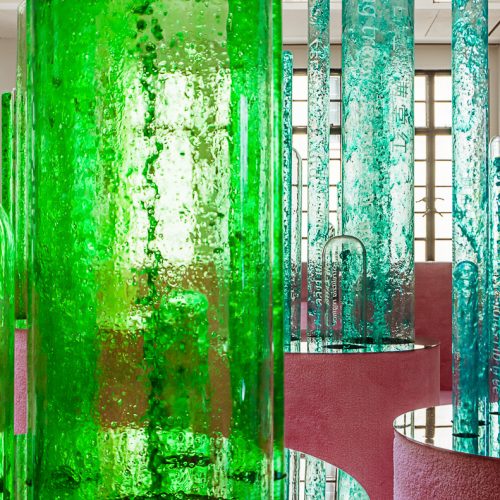 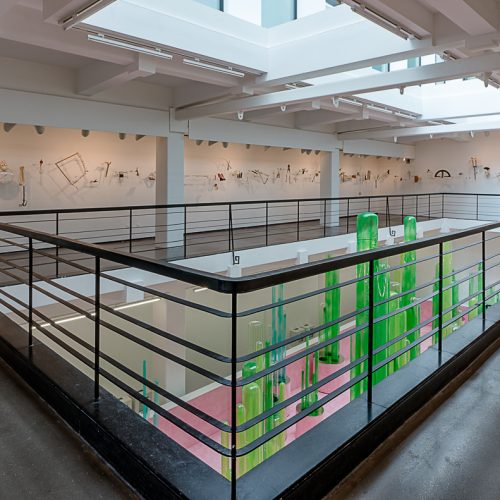 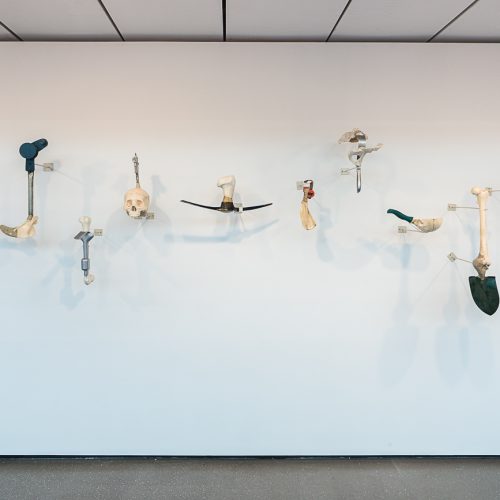