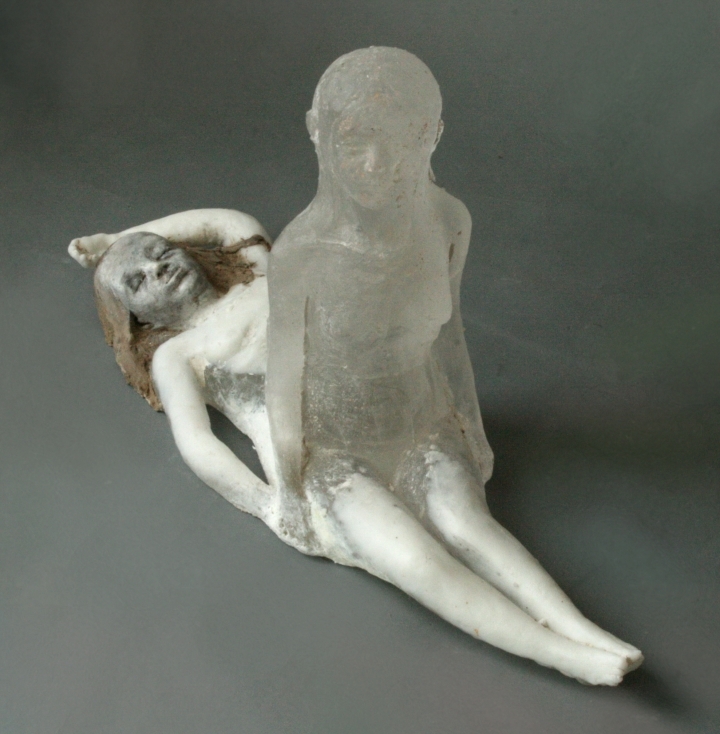 Sometimes When She Sleeps

At the time of the creation of this work, the artist Christina Bothwell was pregnant for several months, but the anxiety and fear of pregnancy were often caught in the dilemma of insomnia. She often made a repetitive dream in many awake moments : Her soul rushed out of the body, gradually floating in the air. In the strange dreams, she saw the twins of the future, they had come to middle age in the dream, they told Christina life need courage, which will bring life unlimited benefits. Since then, the artist has never had the fear of pregnancy. In another similar dream, her soul also flew out of the flesh, and dreamed of his father died for many years. Her father in the lifetime did not believe in the next life and God, the dream of them sitting face to face in the metal folding chair, the father told the artist he had some of the wrong views on the death, he said his death so that he was shocked, he needed Slowly adjusted to adapt to the new environment, the father also let the artist told her mother, he was very good and very happy.

These dreams left Christina Bothwell’s deep impression that she felt that she needed to use some sculptures to present these special and clear dreams, so she used the perfect medium of glass and clay to depict the soul from the flesh Kind of situation, it is also called ” Sometimes When She Sleeps ” works. 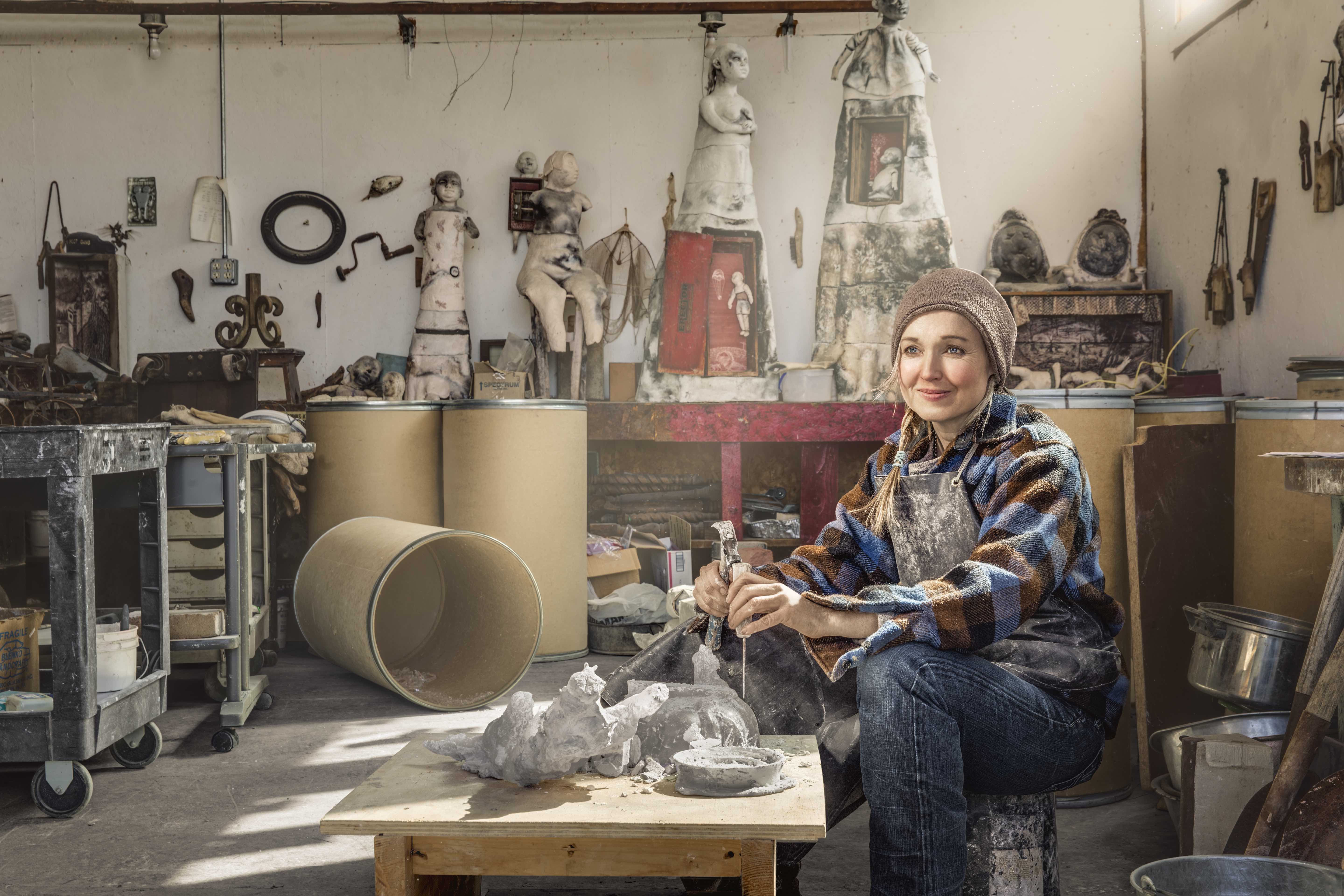 In Christina’s artwork, for any “alive” objects, their facial expressions are always peaceful. Undoubtedly, her artworks deliver us a certain extreme beauty which makes us easily drawn into it. Meanwhile, the artwork itself, or its strange or mysterious aura, inevitably makes us feel uneasy and conflicted: Christina likes to “graft” a variety of unimaginable bodies quaintly, at the same time, we can see through the translucent artwork and notice other inenarrable objects. All these things usually reveal either morbid or dead aesthetics, which makes people hard not to think of the potential expression of “life and death” in the artwork.