Illuminated Space touches into the unknowable. Cast in muted colour tones reminiscent of natural phenomena, Richard Whiteley creates forms that appear to glow with an elusive inner light. These cast glass works hold the tension between the strong geometric lines that define the exterior and the soft, almost ephemeral shapes that emerge from the inside. Disrupting the sense of real and perceived space, Whiteley creates a dialogue between voids and solids – negative space becomes illuminated positive.

Richard Whiteley became an apprentice in a stained-glass studio at the age of sixteen and has spent more than 30 years working with glass, becoming one of Australia’s foremost kiln cast glass artists. Across his career he has been driven to explore the way light moves through glass – either trapped or refracted – has mastered its ability to conjure a sense of wonder.

In this exhibition, Whiteley explores three themes: organic bodily structures, architectural voids and an imagined ideal of space. His visual gestures are a reminder of our desire to see within and know the inner workings of our bodies. Each taking many months to produce and dozens of kilograms of glass, each of these works is made through a balancing act between additive and subtractive processes. From model making through to lengthy casting and cold working processes, Whiteley conceives his objects from the inside out, transcending materiality to encapsulate light in solid form. 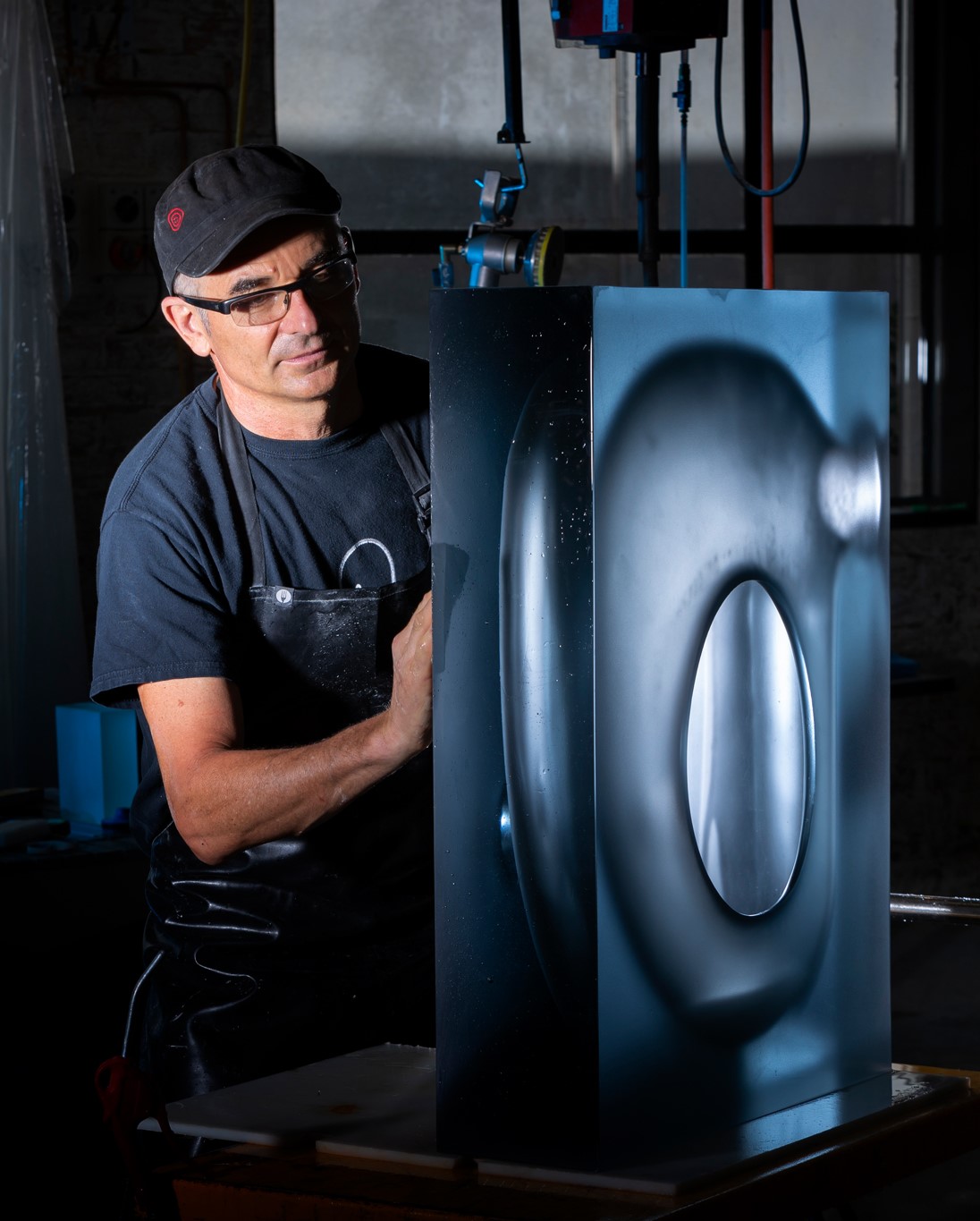 Based in Australia, Richard Whiteley became an apprentice in a stained-glass studio at the age of sixteen and has spent more than 30 years working with glass, becoming one of the country’s most respected kiln cast glass artists. He holds an undergraduate degree from The School of Art & Design, Australian National University (Glass) and a Masters of Visual Art (Sculpture) from the University of Illinois at Urbana-Champaign. He is a currently Associate Professor and currently the Head of the Glass Workshop at the School of Art & Design at The Australian National University, Canberra and a visiting professor for the China Academy of Art, Hangzhou, China.

Whiteley was a board member for the Visual Art Board of the Australia Council from 2009-2011 and now serves as a peer for this organization. His works are held in major museums and private collections worldwide, including the Australian National Gallery, the Corning Museum of Glass, Corning NY and the Toledo Museum of Art. He has completed a large permanent public art commission at the Cotter Dam in Canberra. A successful recipient of numerous research grants to develop creative works and perform technical research, his recent research includes a collaboration with Sydney-based glass recycling company Verastone Glass, a current research project on Roman cameo glass and a multi-year project working with renowned Australian artist Mike Parr.

I am interested in the physical and conceptual possibilities of space. Through cast glass I can create layered forms that create a dialogue between voids and solids. This exhibition “Illuminated Space” explores three key themes: organic bodily structures, architectural voids and an imagined ideal of space. In each of these works an internal void appears to collect and transmit light – a negative space becomes illuminated positive.

My work is underpinned by understanding and manipulating the properties of glass associated with light transmission. These properties of transparency and translucency can generate perceptual duality – creating a tension or inversion of real and perceived space, interior and exterior, positive and negative.

The organic, corporeal gestures in some of the pieces in this exhibition are a reminder of our desire to see within and know the inner workings of our bodies or other systems. These works are created from the inside out – the abstract and asymmetrical forms which create the voids are generated first, with the external structure built to encapsulate them. 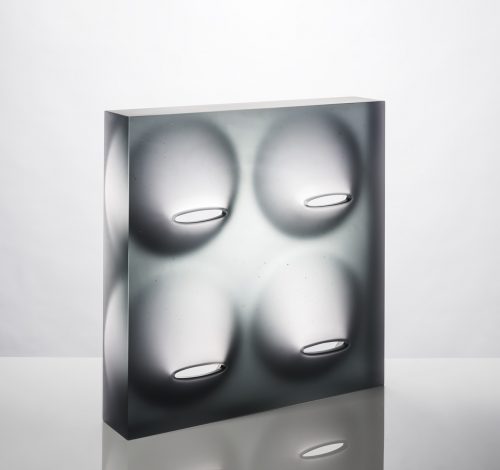 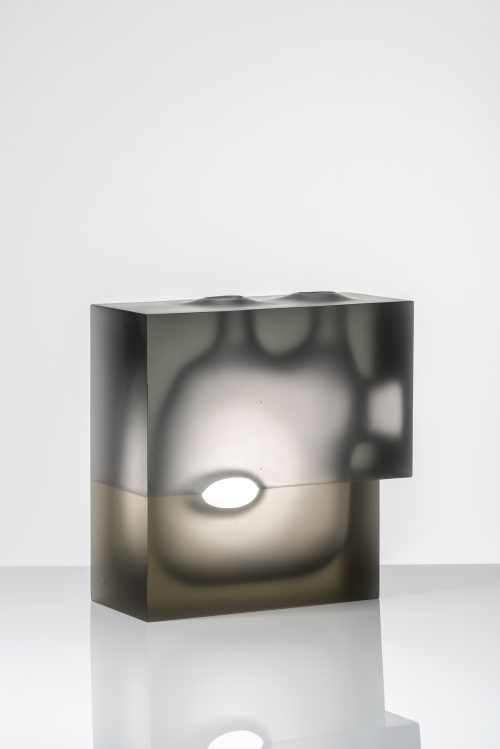 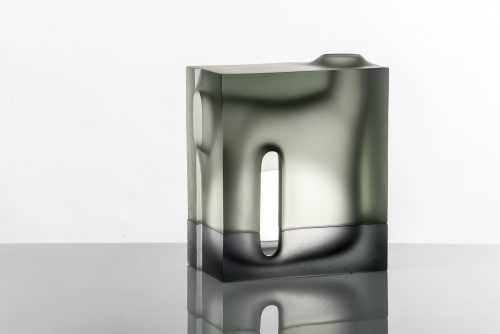 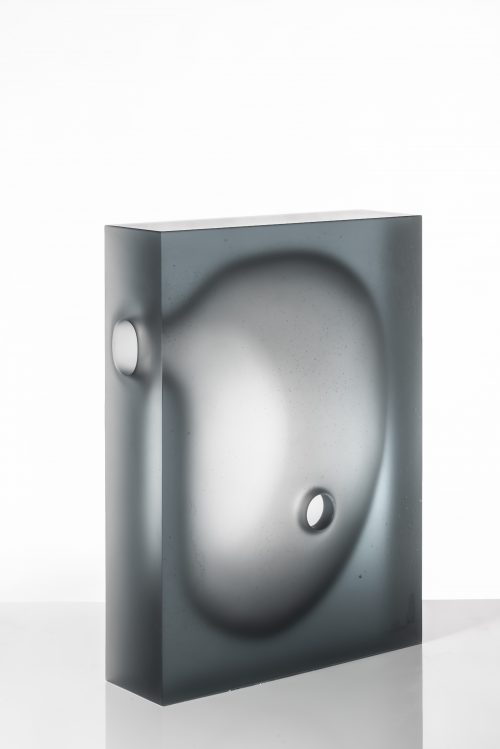 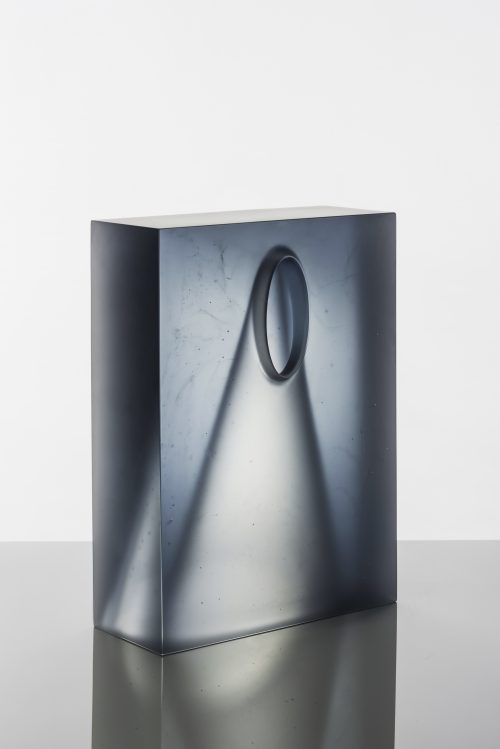 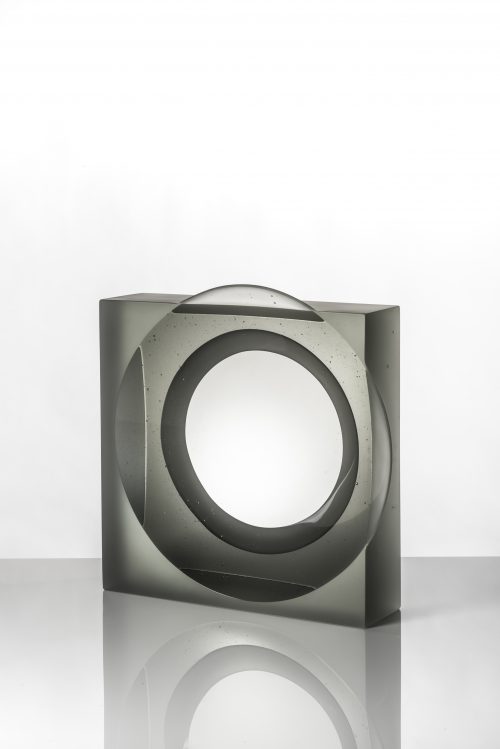 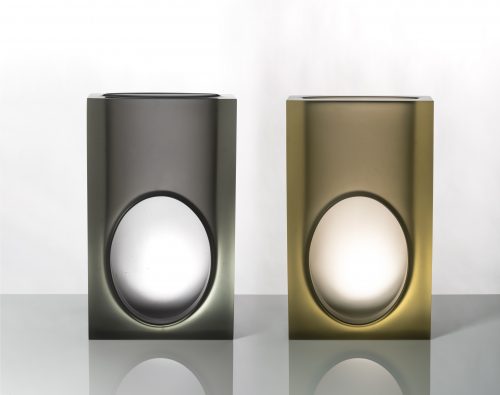 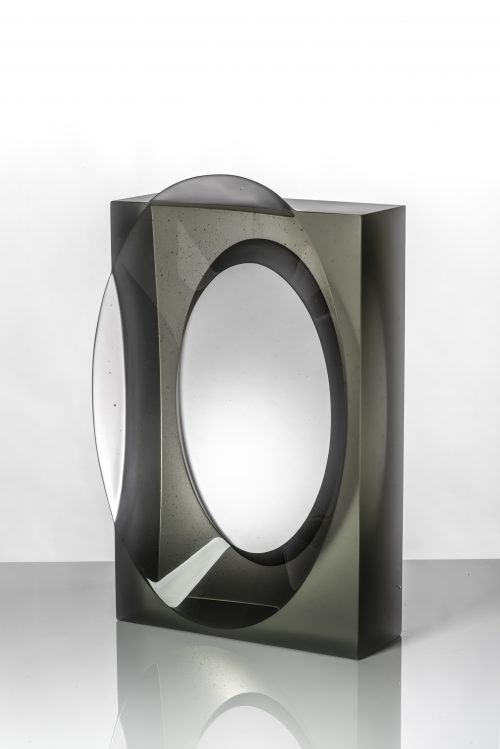 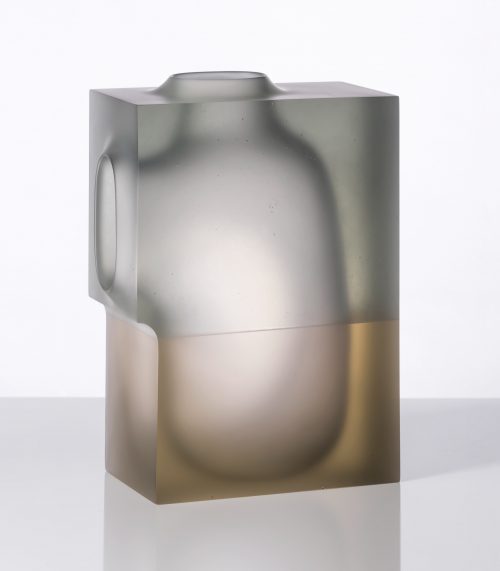 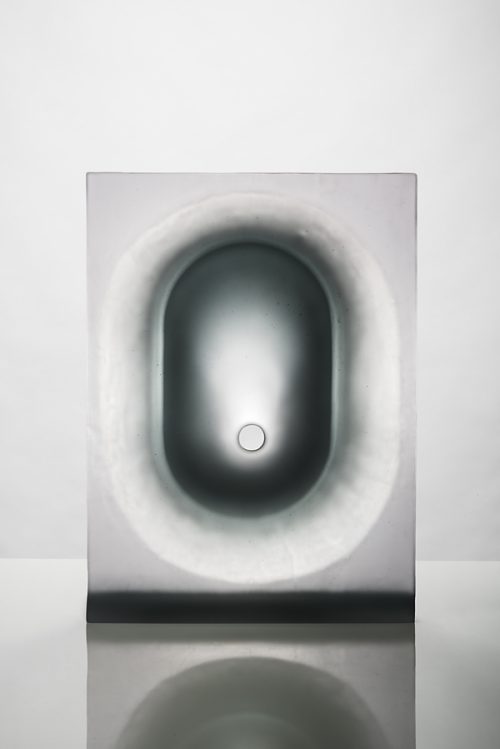 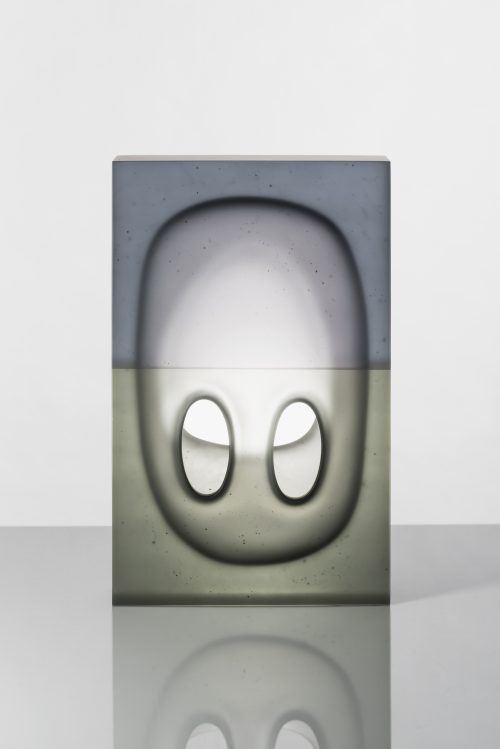 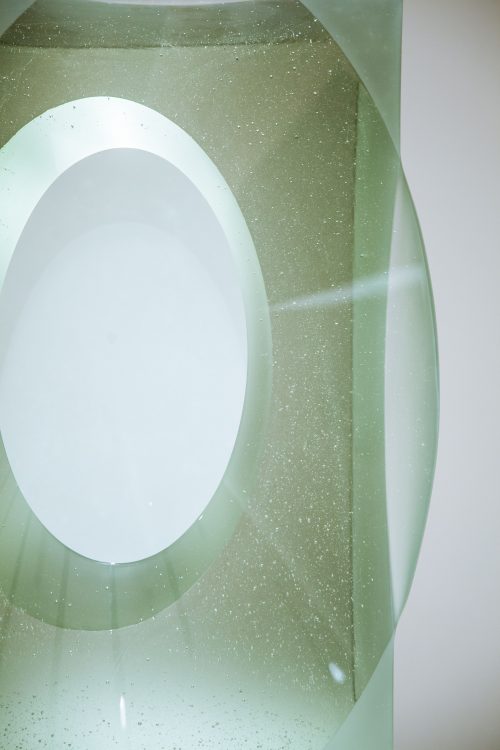 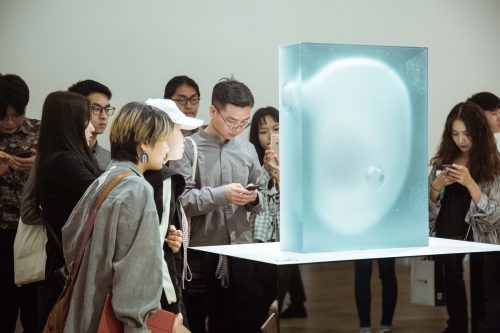 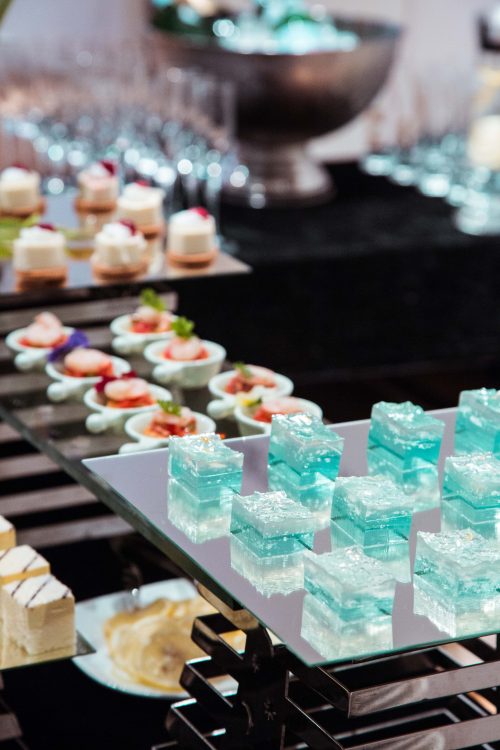 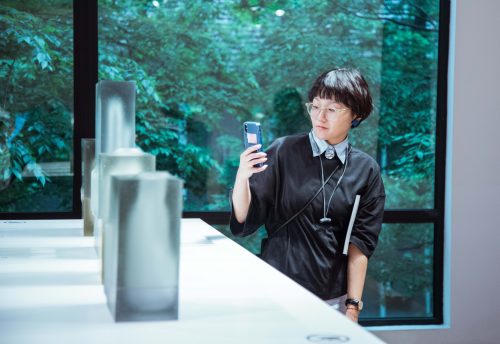 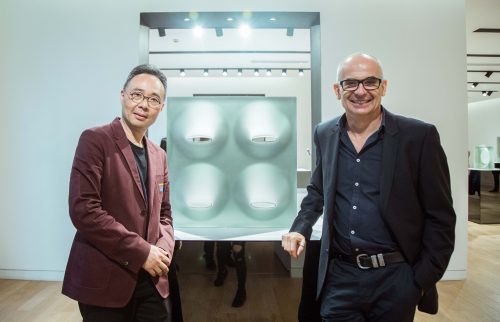 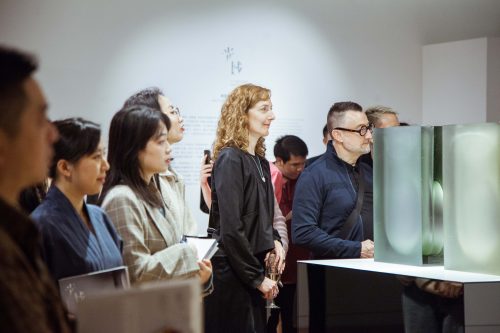 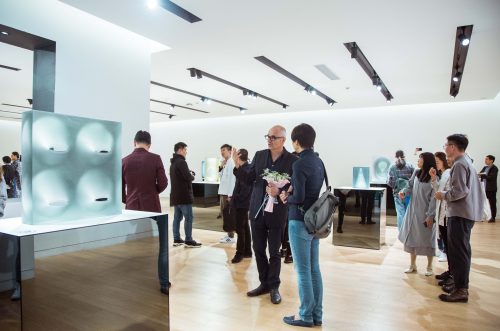 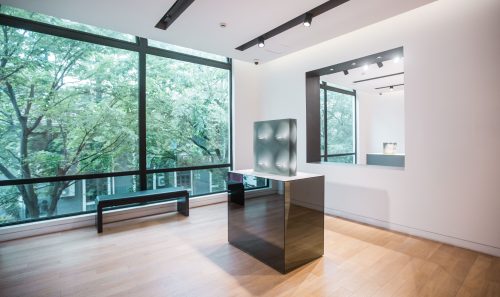 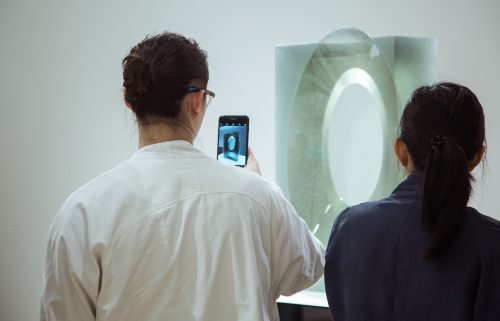 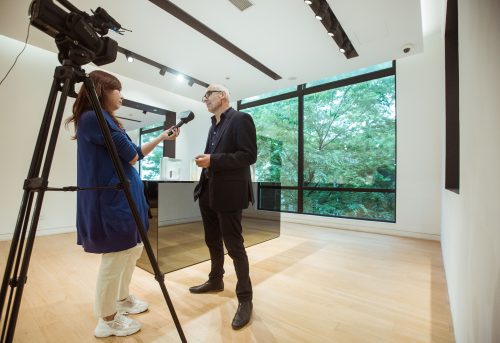 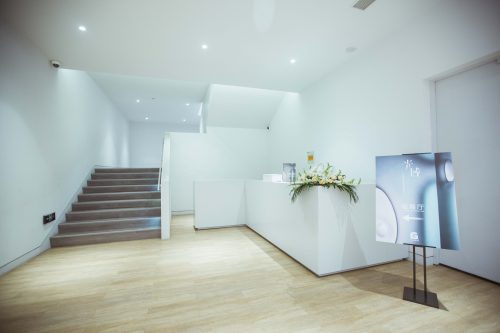 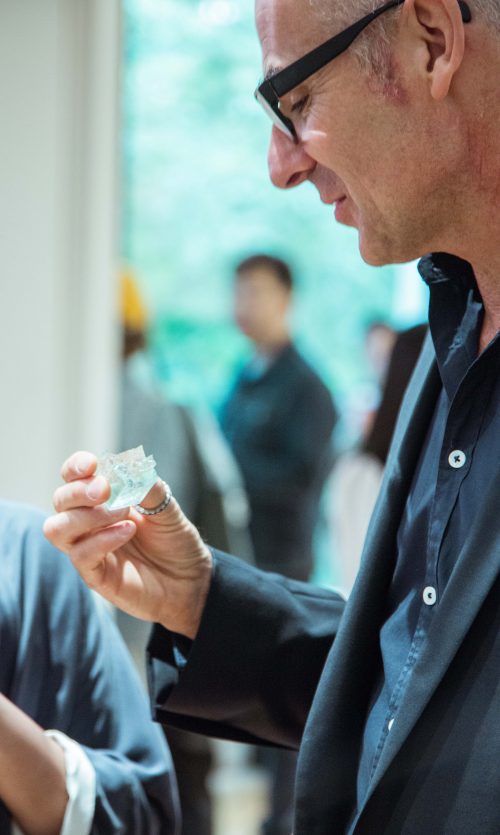 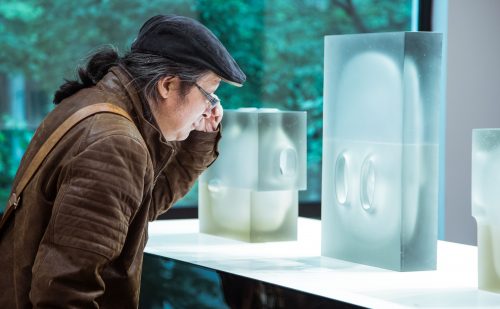 For more information, please go to our page on WeChat
更多展览资讯请参阅微信公众号 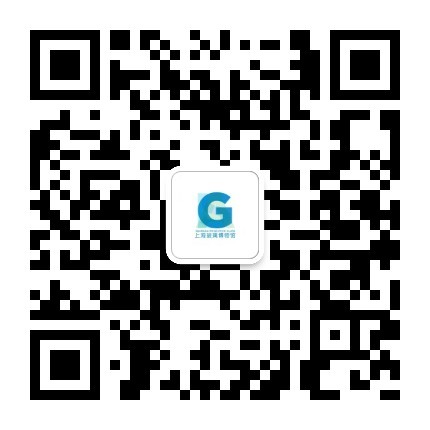