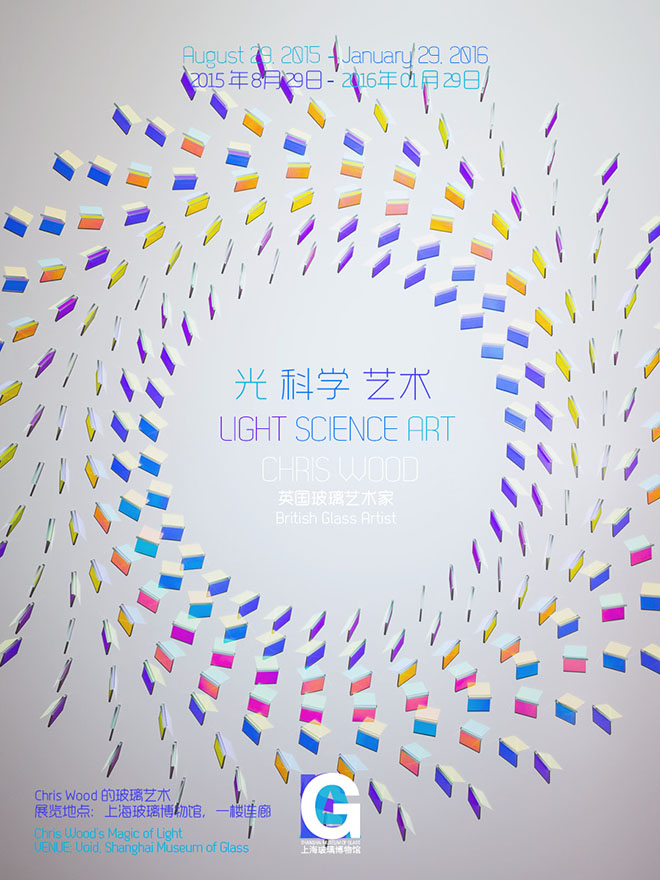 Glass is a material which allows the artists to exploit the aesthetic potential of Light. The optical materials Chris Wood use in her work range from a simple water filled wine glass to the highly technical dichroic glass, basically anything that allows her to express the magic of light. Minimal structures, support simple arrangements of glass, which interact with light to create complex patterns of light and shade.

Dichroic, meaning ‘two colors’ is an optical coating that selectively reflects certain wavelengths of light and allows the remaining wavelengths to transmit through. Developed in the late fifties by NASA to protect against the potentially harmful effects of direct sunlight and cosmic radiation, dichroic glass, with its striking visual qualities, has been used in a variety of scientific and industrial applications.

The material shifts from being reflective like a golden mirror, to vibrantly colored or almost transparent, depending upon the viewpoint and angle of light. It is a material that very eloquently expresses the magic of the phenomenon of light.

Chris Wood studied furniture design at Middlesex University. Herinterest in light led her to explore the physical and visual qualities of glass, amongst others by continuing her studies at the Royal College of Art in London, where she worked on architectural scale projects dealing with issues of light and space.

Wood lives and work in Cambridgeshire where she produces experimental glass and light artworks. Informed by her exploratory approach she produces work for exhibitions as well as commissioned architectural and interior projects. 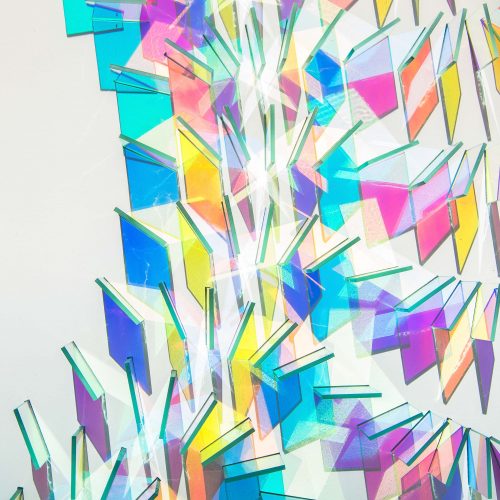 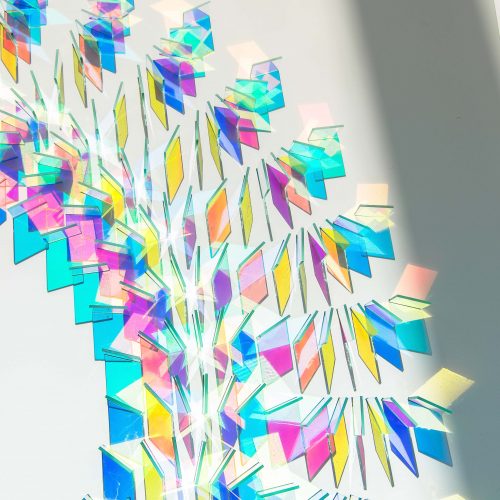 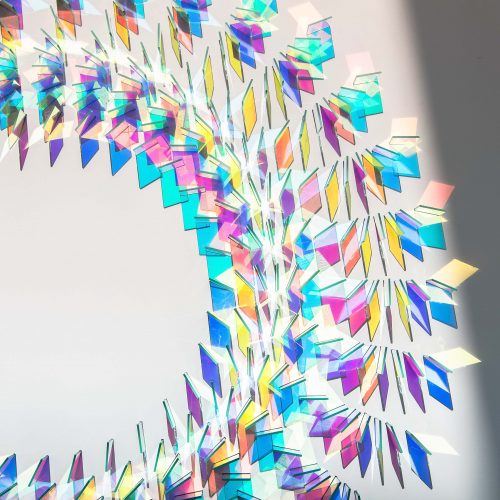 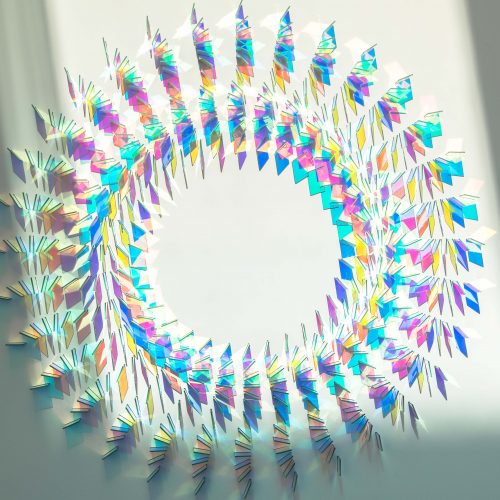 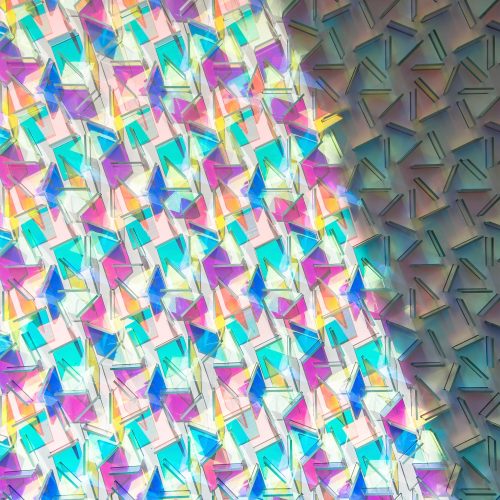 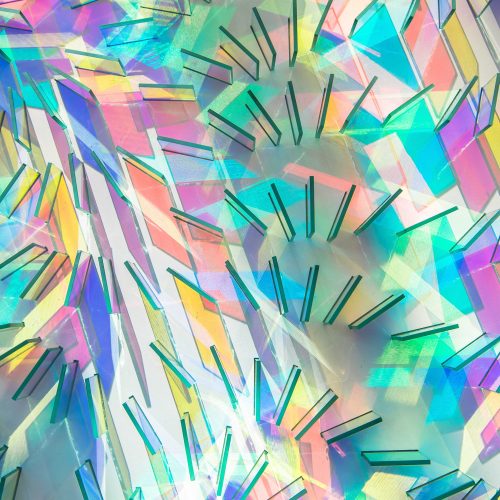 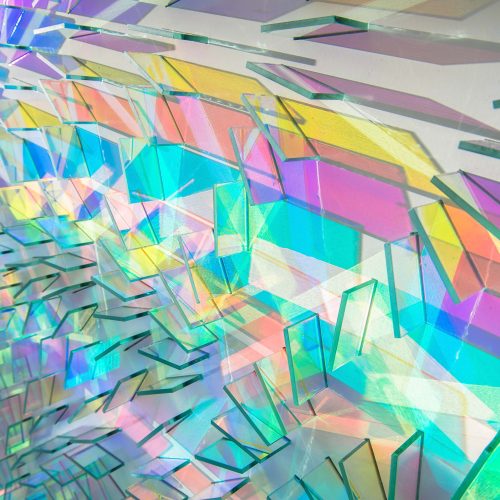 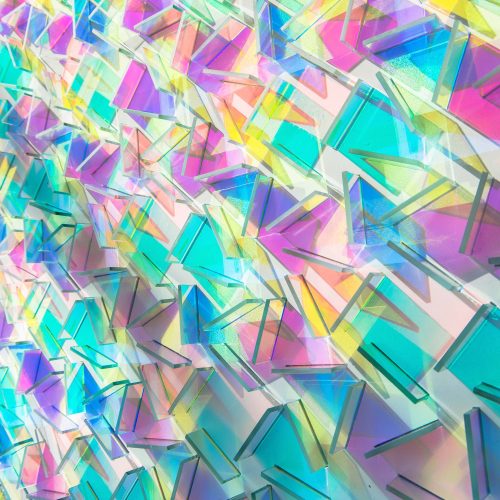 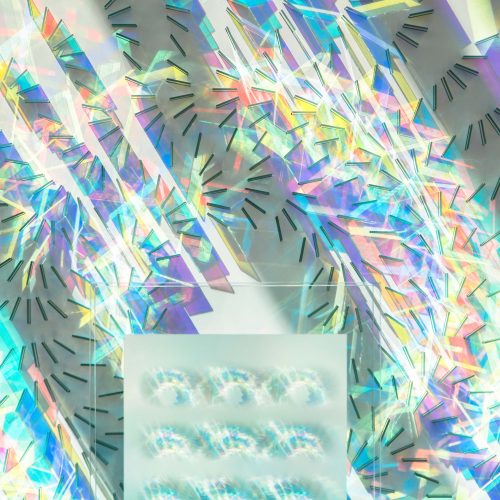 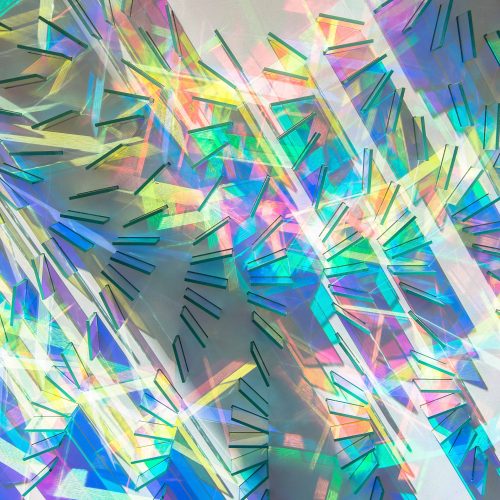 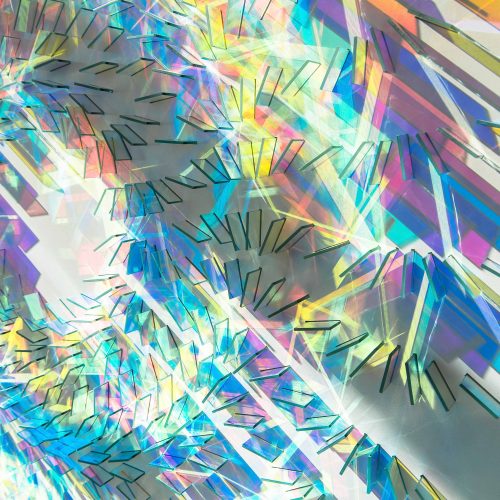 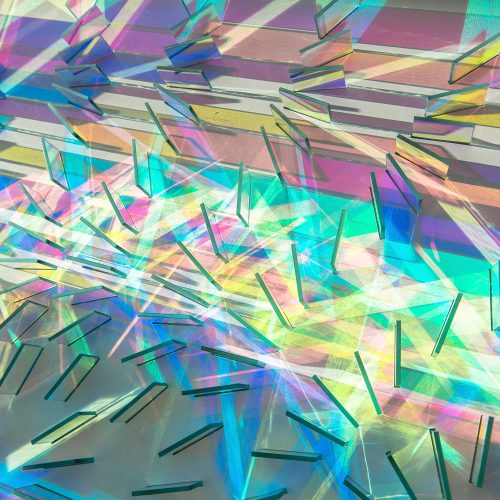